What foods are allowed on the Kaufmann 1 Diet?

I vividly recall my early days on the then nameless, “horrible, rotten, restrictive diet.” Even though expert nutritionists cautioned me about eating the “too fattening” avocado and “cholesterol raising” eggs, I had learned that fungus disliked these foods and at the time, I just wanted to control this overgrowth of fungus that I thought I had. If these experts were correct, heck I could always run off my avocado induced weight and find an antidote for high cholesterol! Of course, 35 years later, we know that avocados and eggs are absolutely fine to eat in most instances. Many people on this diet find that their health elevates to a level where both they and their doctors are amazed at how good they feel! This can either be chalked up to food hypersensitivity or starving of the fungus that was responsible for the symptoms in the first place. Either way, many are living better because of this breakthrough approach to eating. In 2005, I wrote a recipe book entitled Eating Your Way to Good Health, that included recipes developed through the years that made this diet easier to follow. The book has been yet another hit because it enabled those who chose to make this diet more permanent a feast instead of a chore! I have learned that some people simply cannot afford the books with the diet in them and for this reason I have decided to simply publish the foods that are OK to eat on this diet in an effort to help everyone coming to our website:

I hear a lot about bacteria, but little about fungus. What are fungi, and how are the different from bacteria?

Fungi are single-celled living organisms, and are more highly developed than bacteria and viruses. They vary from molds, mushrooms and tiny round yeast spores, to finger or string-like mycelial form. The number of species is estimated to be over 1 million, but the number implicated in causing human disease is on the order around 400 different species. Some fungi are dimorphic, or able to change forms, converting from the natural, environmental mold form, to the invasive round-cell tissue form. A “mycosis” (my-ko-sees) describes a fungal infection of either the skin or deeper tissues or organs in the body.

Fungi closely resemble humans and animals in their molecular processes, except that they have a rigid cell wall, and cannot produce their own energy like plants can. They therefore rely on other things as their food source, such an animal that has died in the forest. They are literally everywhere: the soil, the air, in certain foods, and even the water. Many fungi are normal inhabitants of the human body (e.g. the intestinal tract), and do not cause disease unless the “host” body becomes immuno-compromised. This is discussed above. The fungi can cause disease, then, by either directly invading the tissues or by producing toxic by-products called mycotoxins. Mycotoxins can cause harm even if the host person is healthy to begin with.

Bacteria, like fungi, are sometimes also normal inhabitants of the human body. However, their physiology is different; this is why different drugs are used to kill bacteria than those that are used to kill fungi (although sulfa drugs, for example, have both antibacterial and antifungal capabilities). There are harmless and “good” bacteria, and there are “bad” bacteria. Lactobacillus acidophilus is one of several good bacteria that inhabit the small and large intestines and produce chemicals that inhibit the growth of bad bacteria and keep yeast and fungal counts under control. For example, L. acidophilus produces chemicals that are toxic to the bacteria commonly known to cause “Montezuma’s revenge.” It is when these good bacteria succumb to antibiotics, or chemicals in food, or chlorinated water, that the normal balance is upset, and the “terrain” of the bowel is changed. Without the protective bacteria, yeast can freely proliferate; this is when normal becomes abnormal, and symptoms arise. Replacing the good bacteria and changing your diet to a Kaufmann 1 Diet might make all of the difference in the world!

Why a Kaufmann 1 Diet?

It is very well documented that fungi are parasites of man. They should not be inside the human body, but they have several portals of entry, including the skin, the lungs and even the food we eat! Certain fungi make a poisonous substance known as a “mycotoxin.” Mycotoxins are involved in human diseases, including but not limited to liver cancer. Avoidance is imperative, but once mycotoxin producing fungi are inside the human body, your doctor may offer a two fold approach to eliminating them; killing them with prescriptive or natural antifungals and starving them, but cutting off their primary food supply. Fungi, like many people, crave carbohydrates! That may be why so many people manifest with so many symptoms and diseases, yet doctors cannot accurately diagnose them. A fungal disease may be diagnosed as chronic sinusitis or high cholesterol, yet few physicians understand the fungus link to those health problems. Prescriptive medications control them, but never address the cause. Know that fungi must have carbohydrates in order to thrive inside your body, makes the Kaufmann 1 Diet much easier to understand. Perhaps starving fungus would reverse the symptoms that contribute to so many health problems we Americans suffer from!

Will I be on this diet forever?

It’s frightening when you look at the Kaufmann 1 Diet at first. One consolation is that I lived this myself for years! I wouldn’t recommend it if I haven’t done it and experienced that amazing results myself! The answer to the question regarding “forever” is “no…unless you want or need to.” Usually, after the first two weeks, and depending on your progress and how closely you follow the program, we will begin adding foods back to your diet- i.e. a “Phase II” diet.

Remember, though, that to truly alter disease and improve your life permanently, it will take a lifestyle change, not just a 2-week program. Some people continue to follow a variation of the Kaufmann 1 Diet indefinitely simply because they feel best eating that way. True health is not just a diet, a commitment to quit smoking or taking a pill. Rather lifestyle changes including diet and exercise may fulfill your quest for true health.

It’s a good question and one that I asked myself 35 years ago. As you have read, dietary rules have softened as common sense hardens. As a matter of fact, in my experience, cholesterol and triglycerides actually improve on this sort of diet. Over and over I have seen this, and, recently, studies have come out showing that eggs do not necessarily raise cholesterol after all, and eating nuts (not peanuts) can even decrease your risk of heart disease by up to 50%. Everybody is unique, but overall this diet is has repeatedly been shown to improve not only blood levels of cholesterol and triglycerides, but also disease symptoms in general. The public has been scared away from fats, and too often remove the beneficial fats from our diets. The only people that should be concerned with excessive cholesterol are those that have a genetic condition where the body cannot handle excessive cholesterol-probably less than 1% of the population.

How will I feel during this program?

Keep in mind the old saying, “No pain, no gain.” That is, if, at first, you feel worse, it may be a good sign. There is a phenomenon called the Herxheimer reaction, described first by Carl Herxheimer in the 1930’s. This is a reaction to the massive killing off of an organism, and the body’s subsequent reaction to this sudden load of toxins released in the blood stream. Other people have labeled this a “die-off” reaction.

Typically, the “die-off” reaction is characterized by flu-like aches, chills, sometimes-even fever, and an actual exacerbation or temporary worsening of symptoms. Recall that the skin is also an organ- with this in mind; we have seen outbreaks of rashes or worsening of rashes as the body begins to “clean house.”

How do you know this is not a reaction to something you are taking? If you are reacting to something, you will feel worse and worse, and whereas if you are going through this detox or “die-off”, you will feel better and better after the initial rough time. The initial rough time may last from one evening to several days, if you experience anything at all. In my experience, those illnesses with the longest duration and greatest severity often are the ones to produce the equivalent worse “die-off” reactions, but even this is not always predictable.

How do I know that this is a fungal problem?

There are fairly good blood tests that can detect the presence of antibodies to certain kinds of fungi that you may have been exposed to either recently or at some time in the past. The problem with these tests is that many of us have been exposed to different fungi; therefore, a positive test may or may not be relevant or helpful. Other tests such as blood cultures are less than perfect; many labs do not know how to culture for fungus adequately. The best, and least expensive, test is a trial of an antifungal program. If indeed you improve on this type of program, then retrospectively, you have a diagnosis. Our best clue as to whether you may have a fungal problem is your medical history. Talk to your doctors about implementing an antifungal program.

PrevPreviousIs it Fungus or is it Cancer? (Video)
NextWhat is the world’s largest organism?Next 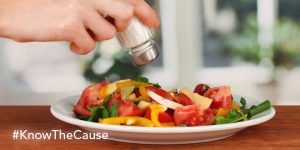 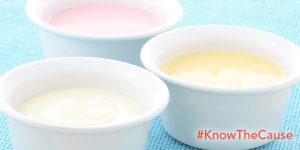