Why Am I Always Hungry? I’m Eating Well 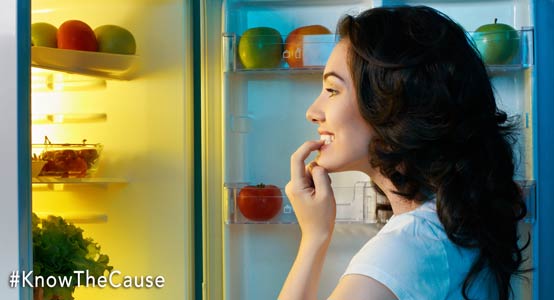 But Why Am I Always Hungry?

“No reason” means that you’ve eaten a proper amount of a proper meal, but you’re still hungry a half-hour later. Or you just remain ravenous regardless of how much you’ve eaten.

But maybe we drink plenty of water and are still hungry. What could that be?

Sometimes, we crave tastes more than we’re actually craving more food. Cravings aren’t the same as hunger. Craving is like lust, not love. A craving can provoke us to eat when we’re really not hungry at all.

There is also emotional or psychological hunger. Maybe we just thought of a snack we hadn’t had in a while. Maybe we’re bored. Maybe we’re nervous.

Maybe we’re addicted. Or maybe we’ve been exposed to specialized chemicals that Dr. David Kessler writes about in his book The End Of Overeating; chemicals which bypass our body’s normal satiety channels and makes us crave all over again, even when our stomachs are full. It’s literally like a drug.

Another related possibility is that you may be dealing with a fungal overgrowth, Fungus can create chemicals that literally make us hungry.

In other words, There’s a long list of reasons why we could be hungry all the time, even if we need no more food.

When I feel like I’m always hungry, I know that I’ve probably either consumed too little water, or too many tainted foods for too long. You know those chips that “you can’t have just one” of? Yeah, that’ll do it to me every time. If I had pancakes at a diner on a vacation, chances are that I’ll want to stop down the road for a donut. Later, I’ll want some of those chips. Eventually, I may want to throw caution to the wind and go to the Chinese buffet. (Anyone getting hungry?)

The point is that it’s easy for me to stay hungry all the time. All I have to do is become dehydrated and eat junk, and I’ll be hungry again before you know it. It would help if I were under a lot of stress, or exhausted. All of these are great recipes for constant hunger. At least for me.

So what steps can we take to improve our eating habits?

I used to eat frequent, small meals – almost like they were snacks. I was told that it would keep my hunger at bay and that it would raise my metabolism. What a mistake that was. The more often I ate, the more hungry I became. Merely having to think about food all the time and planning my snack meals made me hungry. Plus, no single meal ever satisfied my hunger. It was like always eating an appetizer.

Conversely, I’ve been experimenting with intermittent fasting lately, (which we’ll talk about on Know the Cause in an upcoming episode; I’ll also write about it here and in the newsletter soon). If you don’t know about it, it’s simply restricting your daily meals to a certain window of time during the day. Maybe you only eat from noon to 6:00 p.m. If you’re not in that window, you don’t eat. There are a lot of reasons for doing it, but a weird benefit I’ve experienced is that I’m not very hungry throughout the day. Whereas I used to eat breakfast every day, now I can’t even think about it. I have easily gone 20 hours between meals and have experienced almost zero hunger. When I do eat, I take advantage of it. The food tastes better, it’s more satisfying, and I’m full quicker. I don’t care if it’s purely psychological or physiological. It’s just an experiment, and I’m finding it to be really interesting.

At any rate, the more I think about food, and the more often I eat food, the hungrier I become. Maybe you should consider toying around with some of these ideas, (with your doctor’s permission, of course). Because there are so many reasons for hunger pangs, the specific strategy will be different for everyone. Play with it, notice your patterns, and you’ll figure out what works for you.

PrevPreviousBefore You Play That Used Saxophone Or Clarinet
NextWhat About Eggs and Cholesterol?Next