Everything You Need to Know About Psyllium Hulls 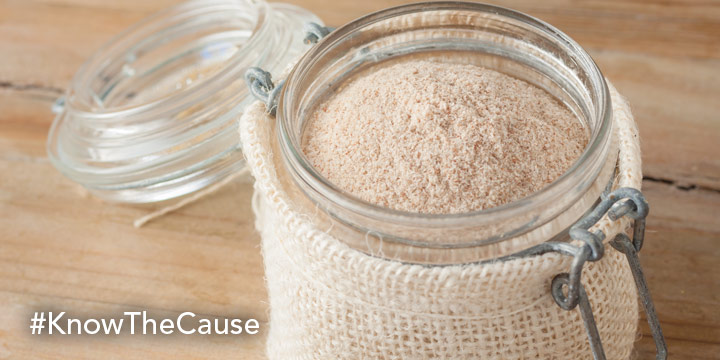 This insoluble fiber can play an important role while on The Kaufmann Diet.

Psyllium is the common name that refers to a number of plants all belonging to the genus, Plantago. The plants’ seeds are harvested and used as dietary fiber. The hulls or husks are the parts of the seeds used as fiber and available commercially as a dietary supplement. Psyllium plants are largely grown in northern India and prefer cool, dry climates.

Often, psyllium is sold as psyllium hulls or psyllium husks. Psyllium is available at most health food stores and even bigger grocery stores.

What Are the Benefits of Psyllium Fiber?

Psyllium fiber is primarily used to relieve constipation and mild cases of diarrhea. It is a major ingredient in many over the counter fiber supplements. Psyllium fiber is insoluble; this means whatever goes in must come out. It can be beneficial in this regard for stimulating peristalsis. If you struggle with constipation, psyllium or products containing psyllium may be beneficial in this regard.

Psyllium, however, has some other documented benefits.

Psyllium has also been shown to help lower blood glucose levels in people with type 2 diabetes. Fiber is known to help blunt the spike in blood sugar following sugar-rich food intake; this “spike” repeated many times over many years is part of what is implicated in the development of diabetes. Lack of fiber in the diet is also implicated in diabetes. Therefore, taking psyllium may provide some benefit in this regard.

Psyllium is also a prebiotic, which means that it can help support colonies of beneficial bacteria inherent in the digestive system.

Psyllium may also be beneficial for weight loss, because it contributes to a feeling satiety (or feeling full). This may help control cravings and hunger in those trying to lose weight.

What Is The Importance of Psyllium Hulls On The Kaufmann Diet?

Psyllium is an excellent supplement for overall health and is something anyone should consider taking. However, it does have some distinct advantages for those on the Kaufmann Diet.

Psyllium is thought to bind to mycotoxins (poisons produced by yeast, mold and fungi) and assist in “sweeping” them out of the body. Mycotoxins are inherent in certain foods––most of which are eliminated on the Kaufmann Diet––but they can also be produced by potentially pathogenic fungi within the body. Particularly, as you begin to starve the organisms while on the Kaufmann Diet, they often release amounts of these toxins. Psyllium can facilitate the removal of these and other poisons by binding them and removing them through elimination.

It is recommended to take between 5-10 grams of psyllium per day to get the health benefits, but as always, talk to you doctor before beginning a new supplement regimen. For people with certain digestive problems, psyllium may not be the right choice.