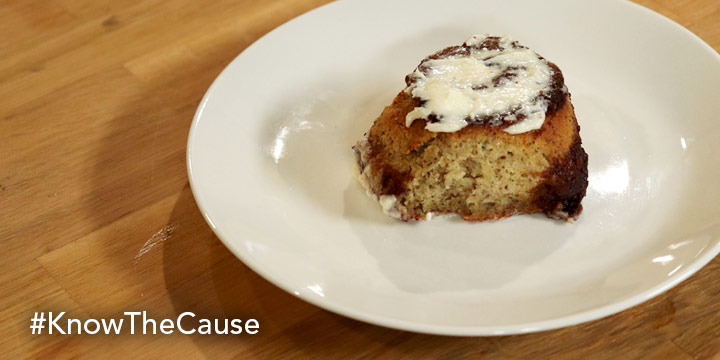 Preheat oven to 400°F and grease an 8” round cake pan with cooking spray or line with parchment paper.

Add in the eggs, cream, melted butter, vinegar, vanilla and water into the dry ingredients and whisk well until combined using a hand mixer. Rest for 5 minutes. The dough will be very sticky.

While the dough rests, mix Cinnamon Filling ingredients together in a small bowl. Set aside.

With oiled hands(Coconut oil), shape the dough into a ball. Place the ball between 2 large pieces of parchment paper and roll it into a rectangle to desired thinness. Spread the cinnamon filling onto the dough, leaving a 1-inch margin at the top empty.

Using the parchment as an aid, roll the dough (towards the empty inch) up into a tight log. Seal the edge with wet fingertips.

Cut the log crosswise into 9 equal pieces and transfer rolls to the prepared round cake pan.

Bake for 5 minutes, then reduce oven temperature to 350 degrees F and continue baking for another 15-20 minutes until golden brown. If necessary, cover loosely with foil to prevent burning.

Meanwhile, make the frosting by using a mixer, beat cream until slightly thickened.  Add monk fruit and vanilla and beat until soft peaks form.  Add cream cheese and mix until combined and thickened.

Cool rolls before spreading frosting on them. Alternatively, you can spread frosting on immediately from the oven if you like more of a glaze.

Best stored in an air tight container in the fridge up to 7 days or on the counter up to 2 days.