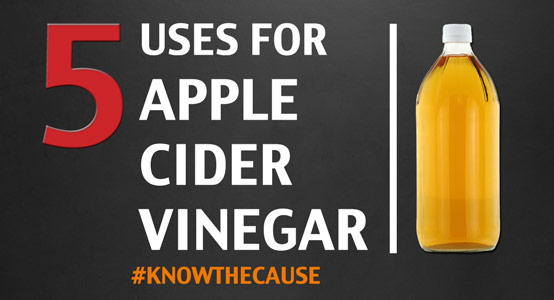 Look for organic varieties that are unfiltered and contain “the mother”. The mother is the colony of beneficial bacteria that give apple cider vinegar a murky appearance. Below are five ideas for working it into your regimen:

Substitute for other kinds of vinegar in cooking.

The Kaufmann 1 Diet restricts other kinds of vinegar, so apple cider vinegar is a good option when substituting for regular vinegar in cooking.

Use as a salad dressing.

Apple cider vinegar is thought to have some benefits for the skin, including working against acne. Some people recommend using apple cider vinegar in place of shampoo, claiming it helps balance the pH of the scalp and promote the health of hair.

(Always check with your doctor before incorporating new supplements or foods into your regimen, particularly if you are on medication for anything. Certain supplements can have drug interactions and it is always best to get a doctor’s opinion or permission.)

How do you use Apple Cider Vinegar?