What You Should Know About Detoxing 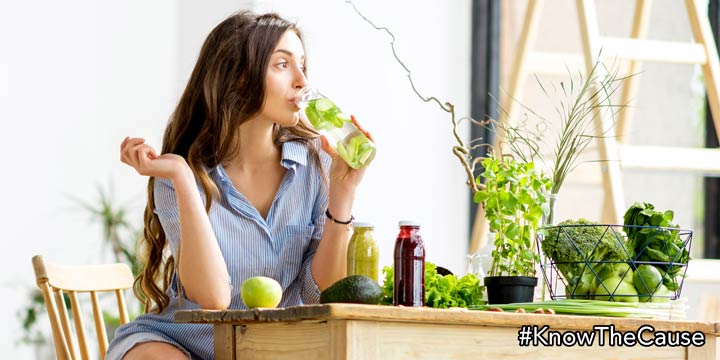 “There is absolutely no need for a person to ever do a so-called ‘detox’ program.”

So says a conventional medicine “expert”.

[In addition to saying that detox is unnecessary, conventional medicine also has believed that adrenal fatigue doesn’t exist, that neither the tonsils nor appendix performed important functions, that Vioxx was safe, and that multivitamins are unsafe. Conventional medicine tried to shut down the practice of chiropractic medicine; and up until they could no longer ignore the demand for integrative medicine, (now re-branded as “Functional Medicine”), conventional medicine authorities would routinely seek to remove licensure from practitioners who dared to give their patients scary things like Vitamin C IVs.]

So now that we know how conventional medicine feels about detox, let’s get really controversial and talk about what it is, what it isn’t, and how to explore it for yourself.

The body can heal itself if given the proper tools. Sickness is often just the absence of the right nutrients, or the overwhelm of toxic assaults on the body.

Those assaults can include microbes (e.g. – fungus), food additives, environmental pollutants, (which include chemicals emanating from our carpet and furniture, pet dander, etc), by-products of water treatment, pharmaceutical drugs, artificial sweeteners…..and the list could go on and on, and would include toxic emotional states and toxic thought patterns.

Where conventional medicine gets it right is that we do have the ability to detoxify the poisons we’re exposed to. We have organs of detoxification, (e.g. – liver, kidneys, spleen, sinuses), and organs of elimination, (e.g. – kidneys, colon, lung, skin).

The problem is that those organs can be overwhelmed by toxins, underperform due to nutrient debt, and never be given a time-out to recover.

Any time a person is suddenly poisoned to death, there is so much toxic overwhelm that the person’s detoxification and elimination organs simply cannot handle the poisonous burden.

But is it possible to be sub-clinically “poisoned” to the point that the elimination organs are taxed, but not enough that the person quickly dies? Functional Medicine says Yes; conventional medicine says No.

(This is often a difference between the two paradigms. Conventional Medicine defines conditions in a way that sometimes ignores sub-clinical harm. “The person has is not at risk for immediate death; therefore, they are not ‘poisoned’ in the strictest sense.” Functional Medicine appreciates the damage that can occur when one is chronically exposed to low-level toxicity over time. The analogy would be sitting in a parked car in a closed garage with the car running vs smoking cigarettes. A person would die quickly in the first scenario, where the person’s risk for dying in the second scenario would increase dramatically over time. “Detox” hopes to help the body rid itself of toxicity exposure one accumulates over time.)

Functional Medicine and Nutrition recognizes that our body is exposed to a massive onslaught of toxins every day in most developed countries. When given the right nutrition, perhaps we can cope with the toxic load. But wouldn’t be a good idea if we simply had a break from it?

The promise of detoxification programs is to do just that. They seek to give the body a break from toxins, to re-build the body’s ability to naturally detoxify poisons and eliminate them, and to feel rejuvenated in the process. We give our homes Spring Cleaning, we give our vehicles regular maintenance and tune-ups, we go on spiritual retreats and revivals for our soul, and perhaps we should allow our bodies the benefit of what we loosely call “detox”.

There are too many detox philosophies to name in a single article. But let’s talk about a few ideas to research for yourself.

(DO NOT FAST WITHOUT THE GUIDANCE OF A PRACTITIONER WHO UNDERSTANDS YOUR MEDICAL HISTORY, PRESCRIPTION MEDICINES, AND GOALS! THIS IS NOT TO BE DONE ON YOUR OWN.)

In my opinion, nothing is better than fasting from food for a period of time for detoxification, both physically and spiritually. This means drinking water….and nothing more. Yes, there are “juice fasts” that have done wonders for people. There are raw food fasts. These and many other “modified fasts” are helpful. But let me take just a moment to sing the praises of fasting from everything except water.

When you do a total food fast, you’re giving your body a MASSIVE break from everything except detoxification and elimination. The energy that is normally spent digesting, metabolizing, and eliminating food would be redirected to detoxifying wastes. It gives your body a tremendous boost.

Dr Thomas Seyfried, with whom Doug has shared a stage or two over the past couple of years, is a cancer researcher and professor at Boston College. He is convinced that if everyone did a 10-day fast every year, their chances of getting cancer would dramatically decrease.

Many “intermittent fasters”, who eat their whole day’s worth of food inside of a very small window of time each day, have asked him if such fasting “counts”. He’s always very tactful and kind to them, but on my radio show in OKC, Dr Seyfried confessed that he really prefers total fasting from all food in order to reap the benefits.

If you’re trying Doug’s very own Kaufmann Diet, Kaufmann 1, you know that you’re doing what you can to eliminate fungal overgrowth. I’m convinced that a total food fast for a period of time would be an unbelievably effective way to usher in your new Kaufmann Lifestyle. Remember, what Doug wants to do is starve and kill fungi. He does this, in part, by cutting off their preferred foods. Well…what would be better at starving them than by cutting off ALL foods?? (Fasting isn’t necessary for the Kaufmann Diet to be effective. Don’t worry!