The Health Benefits Of Vitamin C 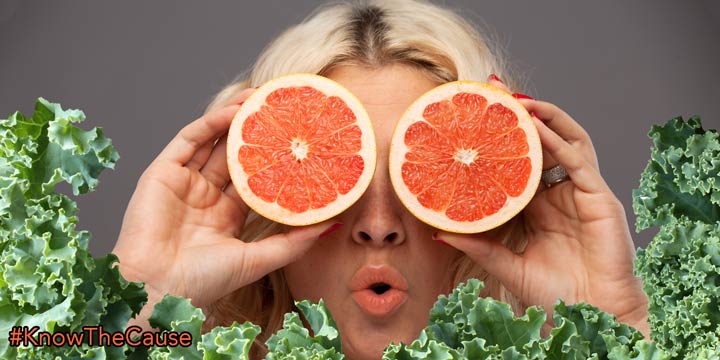 Vitamin C, or ascorbic acid, is perhaps one of the most well-known, health-promoting nutrients around. It has volumes of study for its uses, yet it still continues to surprise us.

In historical times, it was known that sailors who would go for months without fresh food would develop similar symptoms, including swollen gums, loose teeth, slow-healing wounds, and hemorrhaging under the skin. The disease would come to be known as scurvy.

It was in 1795 that a Scottish doctor named James Lind would notice the healing power of citrus fruits; his advocacy led to lime juice being a mandatory issued ration on British Naval ships. The British Navy slowly saw the disease disappear, but no one knew why lime juice worked to prevent scurvy at the time.

Dr. Albert Szent-Györgyi was the first scientist to isolate Vitamin C in the early 1900s. Since, we have come learn a quite a bit about vitamin C. Most people today realize that vitamin C is found in citrus fruits, but it can be found abundantly in a variety of other foods, as well, including red peppers, kale, brussels sprouts, broccoli, and strawberries. It is more than possible to get an abundance of vitamin C in the diet in doses high enough to do more than just prevent scurvy.

We know that having an abundance of vitamin C confers a number of benefits on the body.

Vitamin C can protect against free radical damage that can lead to disease like cancer. (Antifungal, anyone?)

Furthermore, vitamin C is being studied as a treatment for cancer, itself. Vitamin C causes apoptosis in cancer cells (cell death) but leaves healthy cells unharmed; it is being studies for its use a chemotherapeutic agent.

Vitamin C has a variety of uses for heart health.

It is known to improve overall cholesterol numbers and has been shown to lower blood pressure.

Uses For The Common Cold

Most people know that vitamin C can boost the immune system, which can assist in preventing getting sick in the first place. Vitamin C may also lessen the amount of time you are sick if you do come down with a cold.

As an immune system booster, it will also give your body the tools it needs to fight off pathogenic yeasts and fungi that can cause a variety of health problems.