Is This The Real Reason Alcohol and Tobacco Are Harmful? 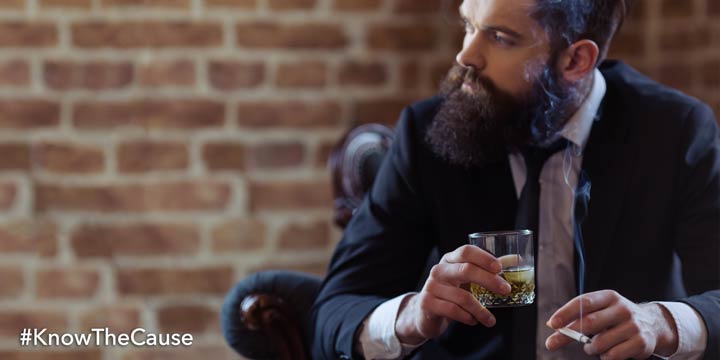 If you’re new to Doug Kaufmann’s message of linking fungus to disease, welcome aboard. For those of us who have been with him awhile, I can tell you that his philosophy has a way of hitting you in waves rather than all at once.

I asked Doug, “About how many anti-fungals are at the health food store where you’ll be speaking?” I expected him to say that there were a dozen or so.

Doug looked up, paused for a moment and said, “Oh…hundreds…THOUSANDS!”

I had no idea what he was talking about and asked him to elaborate. He began sharing how most vitamins, minerals, phytonutrients, herbs, spices, essential fats, and probiotics contain at least mild anti-fungal activity.

I sat in stunned silence for a moment, forgetting that I was the host, not an audience member. I stammered a bit and went to a commercial.

During the break, I asked him if I understood him correctly – that it’s not just things like oregano oil, caprylic acid, curcumin, and olive leaf that are anti-fungal, but LOADS of nutrients that are. “You bet!”

Suddenly, things that I had heard him talk about on TV began falling into place. 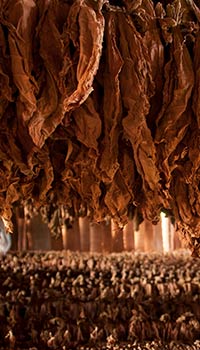 Is Fungus The Real Reason Tobacco Is Harmful?

Just as there are many, many nutrients that you may not realize have antifungal activity, there are also many, many ways to which we’re exposed to fungus and their poisons.

For example, everyone knows that smoking cigarettes may not be the best idea for our long-term health. The American Lung Association reports that there are over 600 ingredients in cigarettes, and when lit, those transform into over 4000 chemicals. They say that at least 50 of these are cancer-causing. A few of them include acetone (nail polish remover), lead, tar, and formaldehyde, (embalming fluid).

But what isn’t reported as widely is the processing of cigarette tobacco, which invites fungal overgrowth. Tobacco is commonly dipped into sugar and allowed to dry. Cigarette paper, itself, is often coated with sugar, purportedly to prevent bitterness. Any fungus that is growing on that tobacco will certainly find a ready food source with all of this sugar.

A sister journal reports that these mycotoxins are definitely found in the smoke of cigarettes, affecting both the smoker, as well as those around cigarette smoke. The disease-causing effects of ergosterol have been documented as far back as 1930 in the Journal of Clinical Investigation, while studies on muramic acid have shown an association between this poison and meningitis. One study even found that aflatoxin, (one of the most notorious cancer-causing mycotoxins ever identified), was detected in the filters of cigarettes!

So, while there is a multitude of good reasons to avoid smoking, you may never have heard of the fungal link to smoking dangers.

Alcohol, Itself, Is a Fungal Poison

What about alcohol? Is it considered safer, especially in light of the recommendations to enjoy an occasional alcoholic beverage for health? Well… maybe not. Just as many antibiotics are actual fungal poisons, (mycotoxins), so also is alcohol a mycotoxin. Every time alcohol is created, fungus/yeast has a role to play in the fermentation of the sugars in grains and fruits.

Simply put, consuming alcohol is quite literally drinking a glass of mycotoxins – mycotoxins which are known to cause cell damage, (cell poisoning), in the body.

To understand the first damaging effect of alcohol in the body, one must have a sense of how alcohol is formed. As Doug Haney puts it, “All alcohol products are created as a result of the war waged between molds, yeasts, and bacteria.” As these microbes begin competing for food, the molds and yeasts are induced to excrete their bio-weapon: Alcohol. The alcohol helps eliminate bacteria, allowing the fu